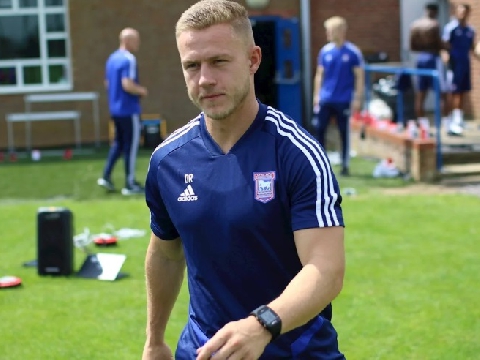 The football season is underway, with Ipswich Town taking on Burton Albion away from home today.

It's the blues first game in League One, following their relegation from the Championship last season.

Winger Danny Rowe has told us they need to continue their good pre-season form:

"I've played in League One before - and I think everyone knows what to expect.

"I think it comes down to us personally.

"If we apply ourselves right, if we do what we've been doing in pre-season, then I'm sure it will go our way."

Danny feels being focused is key - and says their eyes are on the prize:

"You know a lot of the lads have been used to playing in the Championship.

"Others have experience of being successful at a lower level - and we all know where we want to be, so that's what we're focused on."

Kick off at the Pirelli Stadium is at 3pm.